selective guide for demanding ears, noCo...mment remained active from april 29th 2007 to april 29th 2010. Coordinated by thierry massard and mainly oriented to the free netaudio musical scene, these are around 700 posts or reviews, covering this period, that you are invited to discover out of here - thank you.

air density accelerative textures, gasto reminds us that the operador de cabine polivalente is not just there to make an appearance without enduring feature our constantly stalking minds. scrolls, modulations and convolutions, we are still at the dawn of a new day. 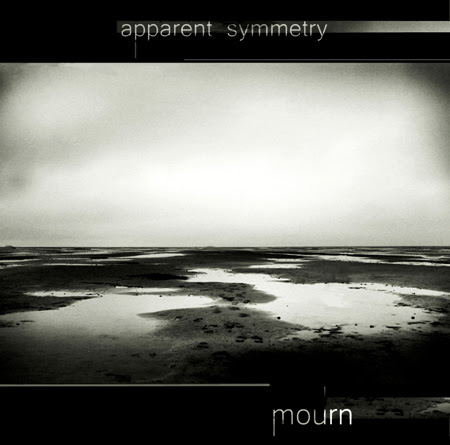 under a perfectly wise and brilliant surname, Zach, aka Apparent Symmetry, explores dark variations and provides us with distant and evanescent aerograms - enriched with soundscapes on very high amplitude, that early 2010 production of abstrakt reflections, will continue to draw the outlines of broken or forgotten perspectives far after that sudden oblivion will hit these places ...

Buben :: out of the doors

look outside ! there is a magnetic pole, let us dig 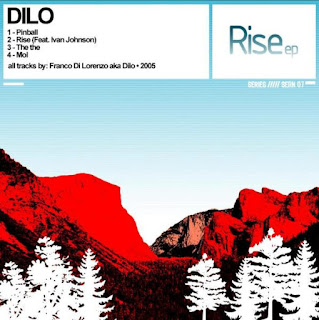 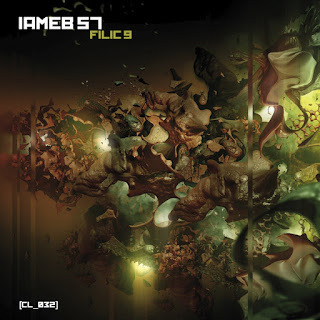 particles parts of a parenthesis (as we might think ... magic) 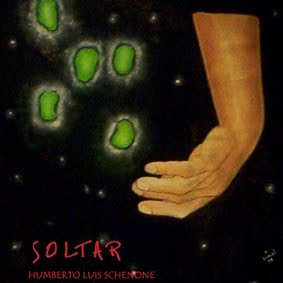 Kaneel :: here is a heart so you can remember how much i hate you 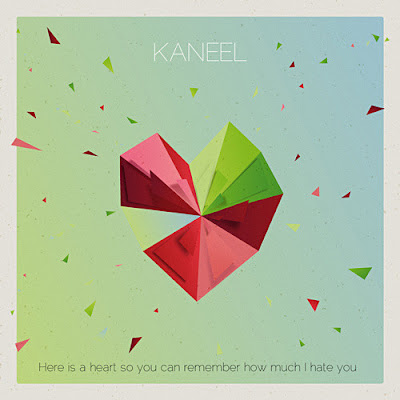 If I remember correctly, I think I first read the term "netlabel" in 2001 or so but it's during the year 2002 I came across it more and more.

Most of the time, it was about tracking groups just renaming themselves to netlabels… some even decided to switch to releasing mp3s even when the tunes were composed in soundtrackers… you can't blame them, the urge to release music made with better samples, a music that is actually mastered…for your pleasure only!

Netlabels like Arghprkl, Commie, Jecoute, Kikapu, Disciple of Ageema Blues or Ogredung opened their doors, all bringing their own ideas to the big pattern.

Obviously, the idea behind "netlabels" wasn't only coming from the tracker scene people. There are evidences of websites like "no-type" that were "virtual labels" back in 1998. After all, such kind of ideas weren't so original since a new media was coming.

Still, I strongly believe the final "kick" into what we know as the "netlabel scene" came for sure from the tracker scene.

The "death of the module format", the closing of tracker-related portal websites, irc becoming less and less popular pushed tracker groups, collectives or whatever like Sunlikamelo-d, Tokyo Dawn Records, Thinner, Mono, Kahvi, Chillproductions or youngsters like Camomille to finally take on the netlabel name.

Of course, some groups vanished.

So here it is, more musicians appeared on the internet so new rooms must be built.

While the first netlabels were mostly about electronic, techno or ambient music, new genre-specialized netlabels opened their doors and here we are in 2010, with many netlabels all over the world, spreading on the internet. The common pattern being "one musician, one netlabel" (ok, that was mean).

With all these netlabels flourishing everywhere, no wonder some like Miasmah decided to step aside and become real labels.

Or is it the desire of releasing more selected artists?

What's the meaning of it all since marketing agencies and majors are finally embracing the realm of the Internet and famous bands are now releasing their music for free?"

Many <3 to Camomille, Ogredung, NOiSE, Milk and Hellven… we miss you! */ actor involved in recent developments of online music, Guillaume Richard, aka Kaneel, is a musician and a label coordinator. 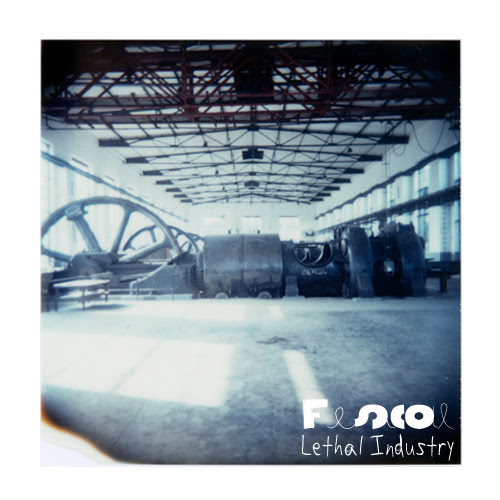 Phoenelai :: voices from the fire 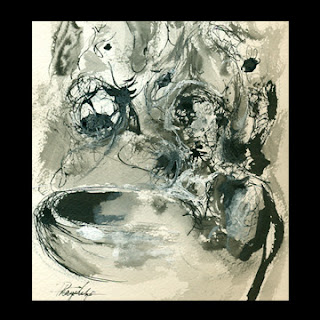 Years passing by, the 90s slowly killed these old platforms, introduced the PC era and so, new soundtrackers were coded.
Between all the new soundtrackers available, FastTracker II and ImpulseTracker2 were the two most widely used and it was quite common to read and hear discussions about which one was the best (actually, we all know it was ImpulseTracker…)

New musicians were emerging, inspired by every new genres which were being explored during this period. Internet kicked in, people were now able to hear about trackers without being a part of the demoscene and finally, the "tracking scene" was born.

At a certain moment, the term "tracking group" was coinced. I guess it was following the term "demogroup"… actually, even if the tracking scene was evolving aside the demoscene, at some moments, some demosceners had no idea about some musicians that were into the tracking scene and vice-versa. In the end, it was a funny "troll" to start on some irc channels. Mentioning the tracking scene on a demoscene-related channel was always a good recreation… as much as trying to answer to these questions:
What is exactly a soundtracker?
What is the difference between a soundtracker and a sequencer? (Answer: 90°)

The whole deal behind "tracking groups" was about uniting some guys under the same collective, just like a label. They were releasing their source files (named "modules") on the internet so anybody could download and listen at them.
The idea wasn't about about "staying underground" or "being against the music industry". They were releasing their module files because… well, they always did.
Nowadays, you hear about a lot of long and dull explanations to justify "the right motivations" behind "the free music scene" while during this dark (and pleasant) era, there were no real other explanations except "well, why not?"

The tracking scene was getting so important that one of the two main PC scene e-zines was focusing on the music part of the scene only.

Yes, internet magazines… right… around 1995…
Indeed, the web2.0 is older than you thought.

Its name was Traxweekly and it ran for 119 issues from March 1995 to February 1998, ending with a circulation of over eleven hundred subscribers. It featured interviews, reviews, demoparty reports, tips and some jokes (yes… what is the difference between a tracker and a sequencer?).

For the record, many other followed but I think the two most important were Staticline and Music massage.

KFMF, NOiSE, Five Musicians, Milk, Mono211, Hellven, Tokyo Dawn Records … were for sure the most reknown groups on the web.
On top of them, we should add Theralite, Miasmah, Charlie Brown Records, Black Sista, Chillproductions, Schleudertrauma, Rohformat, Language Lab, Inpuj and Kyoto Republic.

Yes indeed, there were a bunch of them, releasing very different genres for sure. All the groups mentioned above got their own audience and some known trackers were sometimes releasing on many of these different groups.

They were releasing some amazing modules, each of their musicians got an almost unique style and they introduced new ways of going beyond the limitations of a soundtracker, new ways of making a beat sound, news methods… new shapes… new heroes?

People were collecting their modules and were burning them on CDRs or copying them on tapes so they could listen to these guys everyday ( actually I believe some did… as I did).
And even some friends of mine did that when I made them discover these stuff.
Come on, let's just open a facebook group entilted "I was burning modules to CDRs before going to holidays with my parents".

In the late 90s, making music with a computer was still expensive, dealing with real-time virtual synthesizers almost impossible considering the power of computers and connections weren't fast enough to deal with mp3s on a regular basis.
On the other side, soundtrackers were free and a module file could be so small that many more tracking group emerged.

Big databases got unleashed and the first community websites arrived. The most famous was named "traxinspace" and was a huge collection of tracker music where every trackers could even upload their own creations and get reviewed, ranked and listened!

actor involved in recent developments of online music, Guillaume Richard, aka Kaneel, is a musician and a label coordinator. 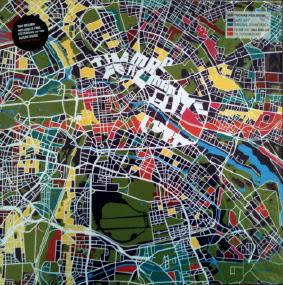 scoring a TV film "24H Berlin" (not seen) about the fascinating city, Gute Luft is the sixth release of Thomas Fehlmann since the man emerged from the palais - result of an impressive work, these 15 slaloming and highly expressionnist sequences are the perfect soundtrack for any visitor running after the proteiform atmosphere of a (so) desired area - tour de force, Gute Luft is a charming sort of trouble - mixing fleeting images, brushing the flashes of lights outlining the contours of walls and spaces where intersecting lives, aspirations, rhythms, dreams also, stories ... no further look for a tour guide.

Once upon a time, there was no Internet.

No really, I'm being very serious. I'm talking about the 80s.

There even was a time where cat pictures weren't necessarily captioned, where computer were funny-looking machines and video-games really were inventive and challenging.
During this time, the few lucky enough to have a computer at home were often friends of each others at school and called "nerds" by the others who weren't really understanding the whole thing about swapping floppies instead of caring about "normal social interactions".

And sometimes, when they were not swapping videogames, they were swapping demos!

To make it short, demos are executable animations.
It's calculated real-time, like a videogame but you can't really interact with it… you just sit in front of your screen and watch. Eventually, you'll wave your arms and even dance if you really enjoy the music but anyway, people will never understand why you just love watching these "plasma stuff" and "moving typos".

As I've been saying, there was no internet. Some people were starting to make graphism, illustrations and music on their computers and what was the best way to show your style?
Yeah, I guess you get it: Get a coder, a graphician and finally, a musician, make a production and meet at a demoparty!

There were sceners in many countries of Europe, on many different platforms… c64, amiga, Atari ST, Amstrad CPC to name a few.

Back in this time, making music on computers wasn't as common as nowadays since having your own home-studio was expensive. Still, there were tiny applications named "soundtrackers" that would allow you to create tunes with only a computer and nothing else aside. On some platforms, you would have to create your sounds using the sound chip of the computer and on some others, you would only load samples that you could finally rip from other "soundtracked" music. In any cases, you would just enter notes on rows and here we go, you made your first catchy (or not) tune!

People using soundtrackers were called trackers (yeah, I know, it's a bit messy) and finally, some of these guys became famous for decades amongst other trackers.
Some even worked and are still working for videogame companies, some others joined labels and some decided to enjoy their life another way… sadly. " ...

actor involved in recent developments of online music, Guillaume Richard, aka Kaneel, is a musician and a label coordinator. 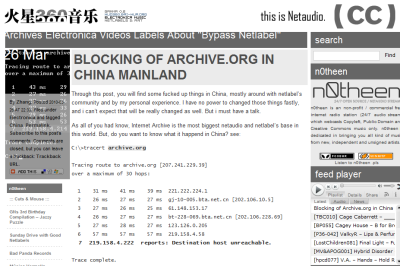 
these ice cream men are really nice, we like to discuss with them.

Cagey House :: b for breakfast 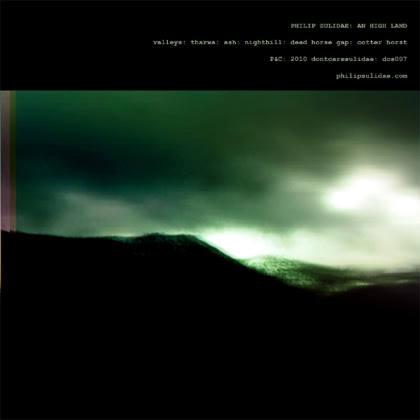